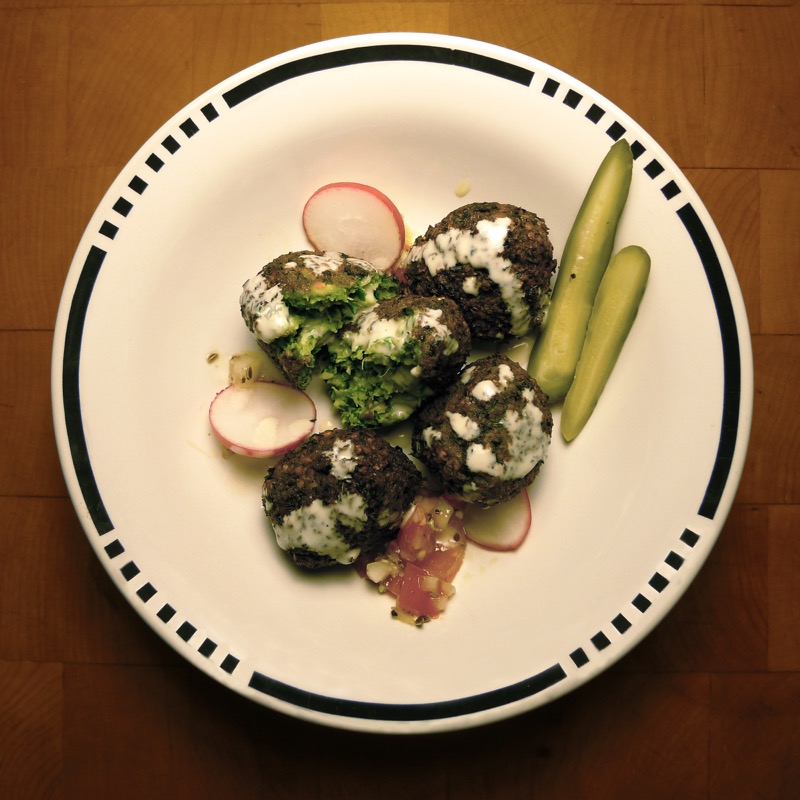 Falafel is one of the most popular street foods in the middle east though varies in it’s preparation from place to place. For me, it isn’t falafel unless it’s bright green on the inside and crispy on the outside. Like most fried foods, it’s best immediately after frying and doesn’t keep well, but you can make the batter ahead of time to store in the freezer. Stuff them in a warm pita with pickles, hot sauce, tahini sauce, and fresh tomatoes and mint. Add fried eggplant slices or french fries for the deluxe version.

The next day, a few hours before you’re ready to fry the falafel

When you’re ready to fry them