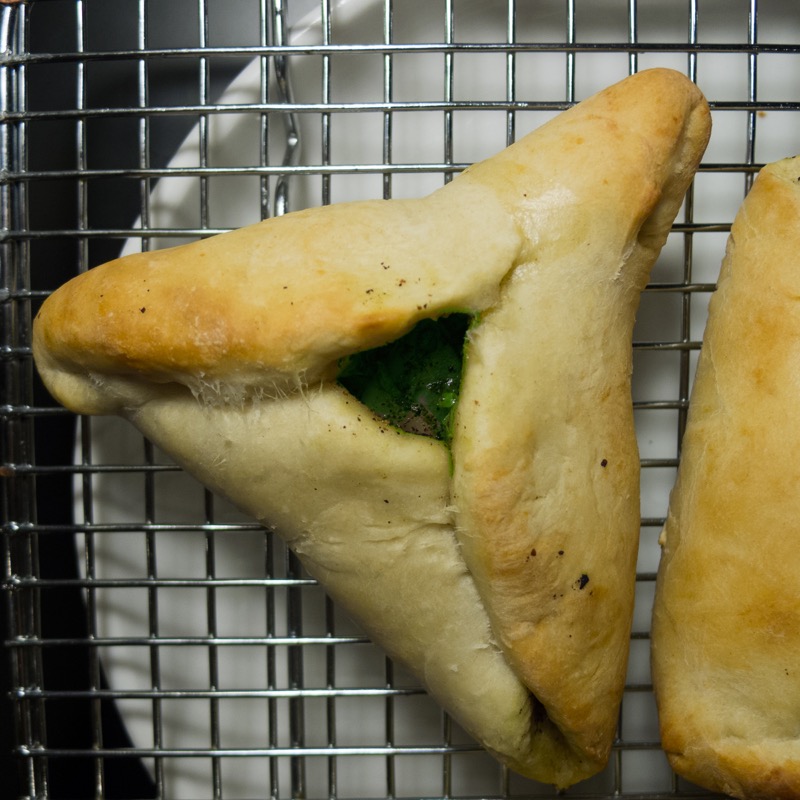 Fattayer are similar to saffayeh only typically closed up around the filling instead of remaining open. These here are filled with spinach, onions, lemon juice, and sumac and work as a light snack or appetizer. For a heartier variation, use potatoes, peas, onions, black pepper, and allspice for the filling instead.