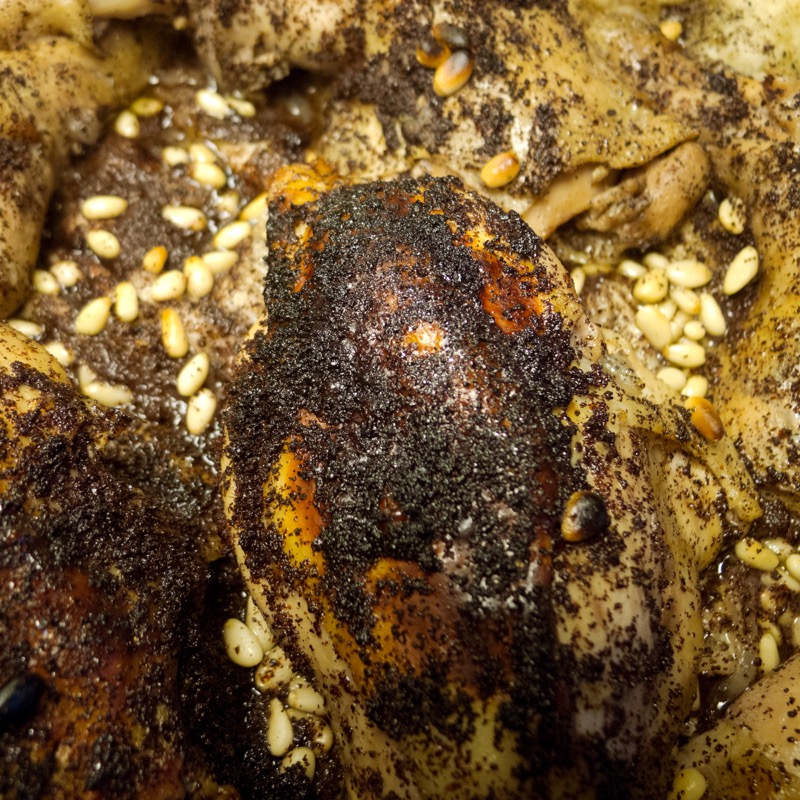 Musakhan means heated in Arabic and it’s a name that entirely fails to capture the deliciousness of this meal. If you’re vegetarian, you can omit the chicken and instead turn it into a kind of flat bread appetizer. Taboon bread, a large flatbread that’s about 8” in diameter and 1/8” thick is traditionally used but if you can’t find it you can make your own or even use regular pita that you split open and layer.

To Assemble and Serve